Freestyle in the tropics

By sprofreestyleMarch 9, 2020General
No Comments

Home > Freestyle in the tropics

Freestyle in the tropics

Now and then as an angler, you need a little trip away from home. Even on family vacations, the rod has to come along in the hope that one afternoon you have some time to target a few of the colourful, fierce and mysterious foreign specimens. In addition to a suitable rod and reel, the new Freestyle hogs in 55mm were packed in my luggage and I was confident they would turn out to be a real weapon.

When I arrived in Belize I did what every angler does directly. Every meter on the bank was scanned to look for active fish and the woman at the reception also had to suffer from my many questions. However, she kindly recommended that I go to a small river with a bridge to try it out. The Gamakatsu ASP Jigspinner was rigged and off we went. I chose this bait first because I can cast it a huge distance due to its compact body and I was hoping to catch the attention of the Baracuda through the glittering blade. Unfortunately, however, the result was only a few sardines onto the bank. A guiding boat passed me and two barracuda grabbed their lure directly on the spot I had been trying to get for an hour. A little frustrated, we went on to a small beach between mangroves. Again, I could only record a single success on the ASP, which is why I eventually switched to the 3gr Micro Jig and the Freestyle Hog. Casting a distance was no longer so easy, but after a few casts, a small and very colourful fish took the lure. Shortly afterwards, a small barracuda shot at the creature bait and destroyed it. Finally, the rod was bent. 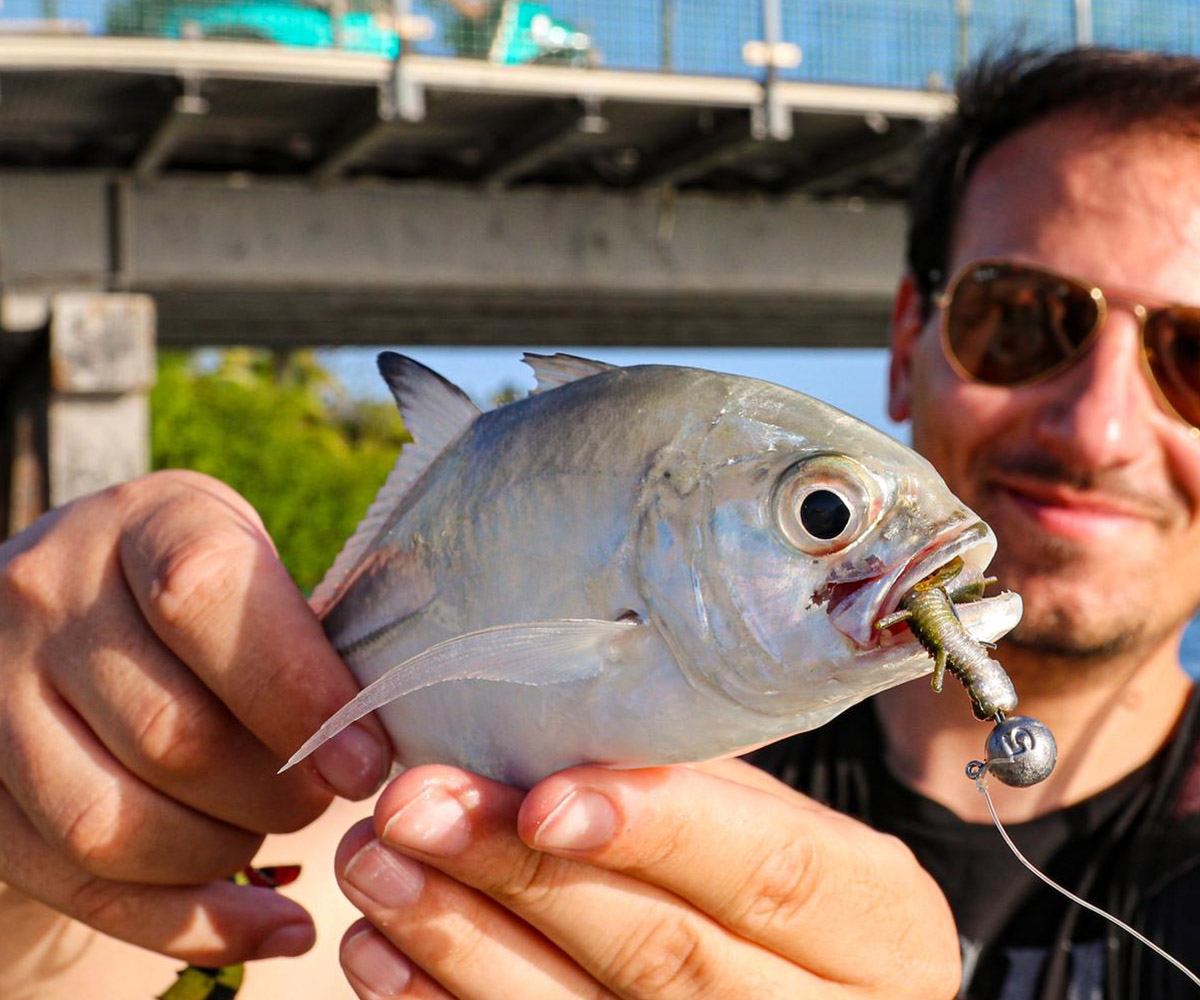 On the way back I stopped at the bridge again and immediately caught barracuda, small jacks, mangrove snappers and many other species. 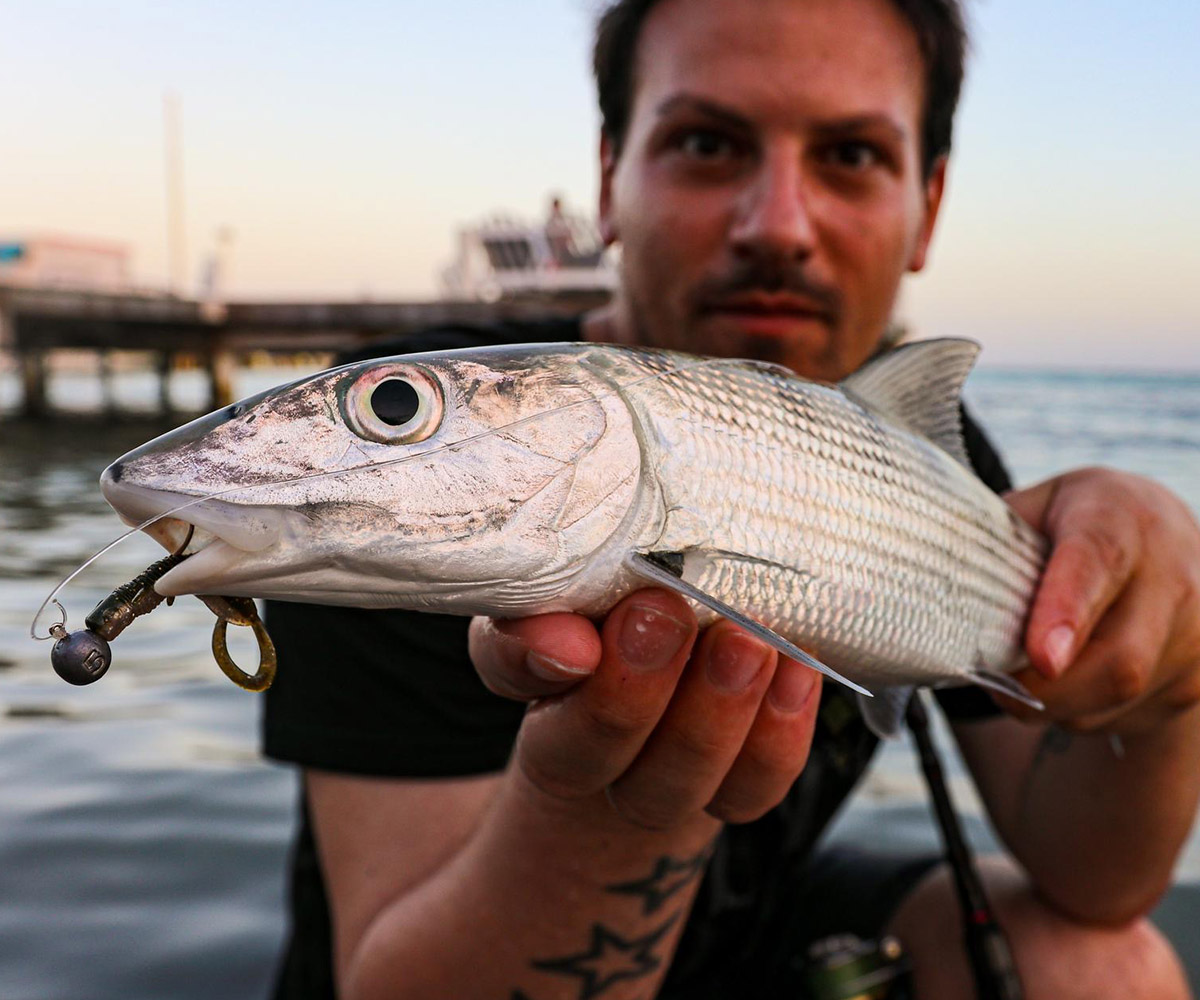 The next day I targeted more sizable fish and less about frequency. The 3gr Micro Jig was exchanged for a 5gr Jig and I fished the lure slowly over the sandy bed. The first bite came almost instantly after the first touchdown on the bottom and the first real problem came up. Only a small piece of rubber remained from the hog. Even the smallest fish throw themselves wildly at the imitation craw and the quality is somewhat less than the quantity. Fortunately, the sheet then changed. A little jerk went through my rod, but this time the fish didn’t come with me. In little more than a second the fish pulled along the entire beach and tore the line from my reel like a maniac. I was able to land the little bonefish. I already knew that this species could fight incredibly, but I never imagined that they could be so strong. 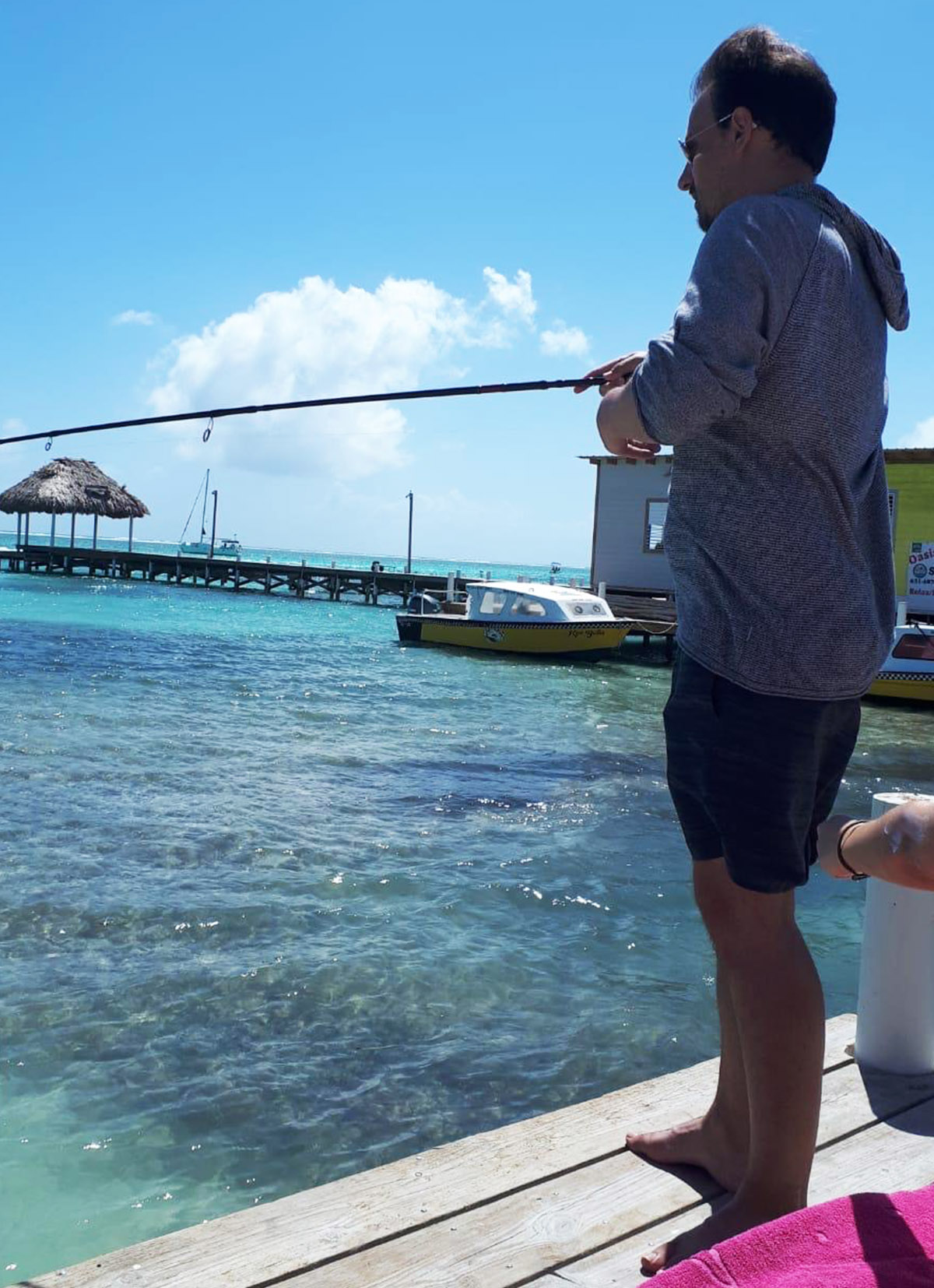 From then on I waited for the bonefish to go to the beach to feed before starting to fish. As soon as they got to the bottom, they grabbed the Freestyle Hog every time and the fight started.

In conclusion, I can only say, take the hogs with you on vacation. Whether at Mallorca, Greece or the Caribbean, this bait promises an unbelievable frequency of fish. Anyone who has tried it knows how strong the saltwater fish are. Especially when you can only go for a short session in the evening alone or with the kids, this bait must be in your box. In the end, if there are any leftovers, they naturally catch perch and zander very well. In comparison the fight doesn’t compare to these foreign saltwater fish.

I wish you good luck on the water and a nice next vacation.

This website uses cookies to improve your experience while you navigate through the website. Out of these, the cookies that are categorized as necessary are stored on your browser as they are essential for the working of basic functionalities of the website. We also use third-party cookies that help us analyze and understand how you use this website. These cookies will be stored in your browser only with your consent. You also have the option to opt-out of these cookies. But opting out of some of these cookies may affect your browsing experience.
Necessary Cookies Always Enabled
Necessary cookies are absolutely essential for the website to function properly. These cookies ensure basic functionalities and security features of the website, anonymously.
Functional Cookies
Functional cookies help to perform certain functionalities like sharing the content of the website on social media platforms, collect feedbacks, and other third-party features.
Analytics Cookies
Analytical cookies are used to understand how visitors interact with the website. These cookies help provide information on metrics the number of visitors, bounce rate, traffic source, etc.
Marketing Cookies
These cookies may be set by us and our advertising partners through our website or when you share content on social media. They are used to show you personalized content and ads that are relevant to you, i.e. tailored to your interests, on other websites you visit and on social media. If you do not accept these cookies, you are likely to be shown the same amount of ads when you visit other websites and social media, but they will be less relevant to you.
SAVE & ACCEPT

Be the first to hear about new events, competitions and products at Freestyle.