By Matthew HillsSeptember 23, 2022Reels
No Comments

The typical spinning rod is equipped with a stationary reel. The reel “hangs” under the rod. To cast, all you have to do is hold the line with one finger, open the bail, cast out and release your finger at the right moment during the forward movement so that the lure casts. As soon as the lure has reached the water surface, you can slowly close the bow and start to reel it in.  The casting process shows that this type of spinning is quite uncomplicated. How about baitcasters? A reel type that most anglers stereotype with heavy fishing techniques. Are the negative prejudices true? My answer is clearly “No!” 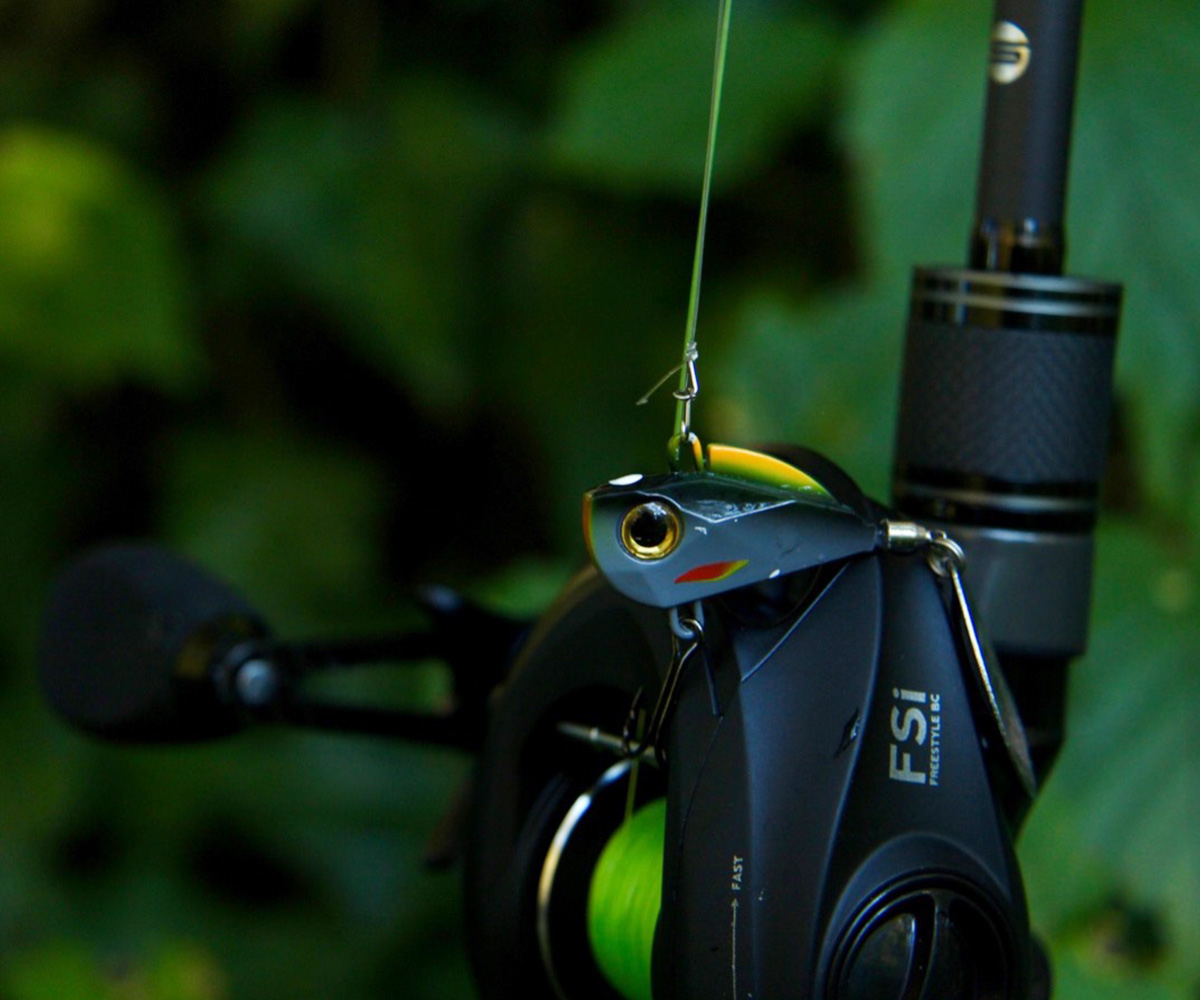 Firstly, let us go back to the beginning. A baitcaster is a fishing reel that, unlike the typical stationary reel, does not hang under the rod, instead, it lies on top of it. This also means that the guides are above the rod and the first guide is very close to the rod on short legs. With the stationary reel, the spool is parallel to the rod and the line is deflected by a bail. With the Baitcaster, on the other hand, the spool lies directly so that the line can run off the spool without being deflected. The spool rotates and so that it does not overwind and create a birds nest at the end, i.e. a tangle of line, the Baitcaster is equipped with various brakes. This is why this reel is often said to be very complicated to handle. However, if you understand what you have to adjust and how, fishing with the Baitcaster is a lot of fun.

The Baitcaster has a star brake. It looks like a star and can be compared to the front or rear brake of stationary reels. It regulates how easily the fish can take line off the spool during the fight. 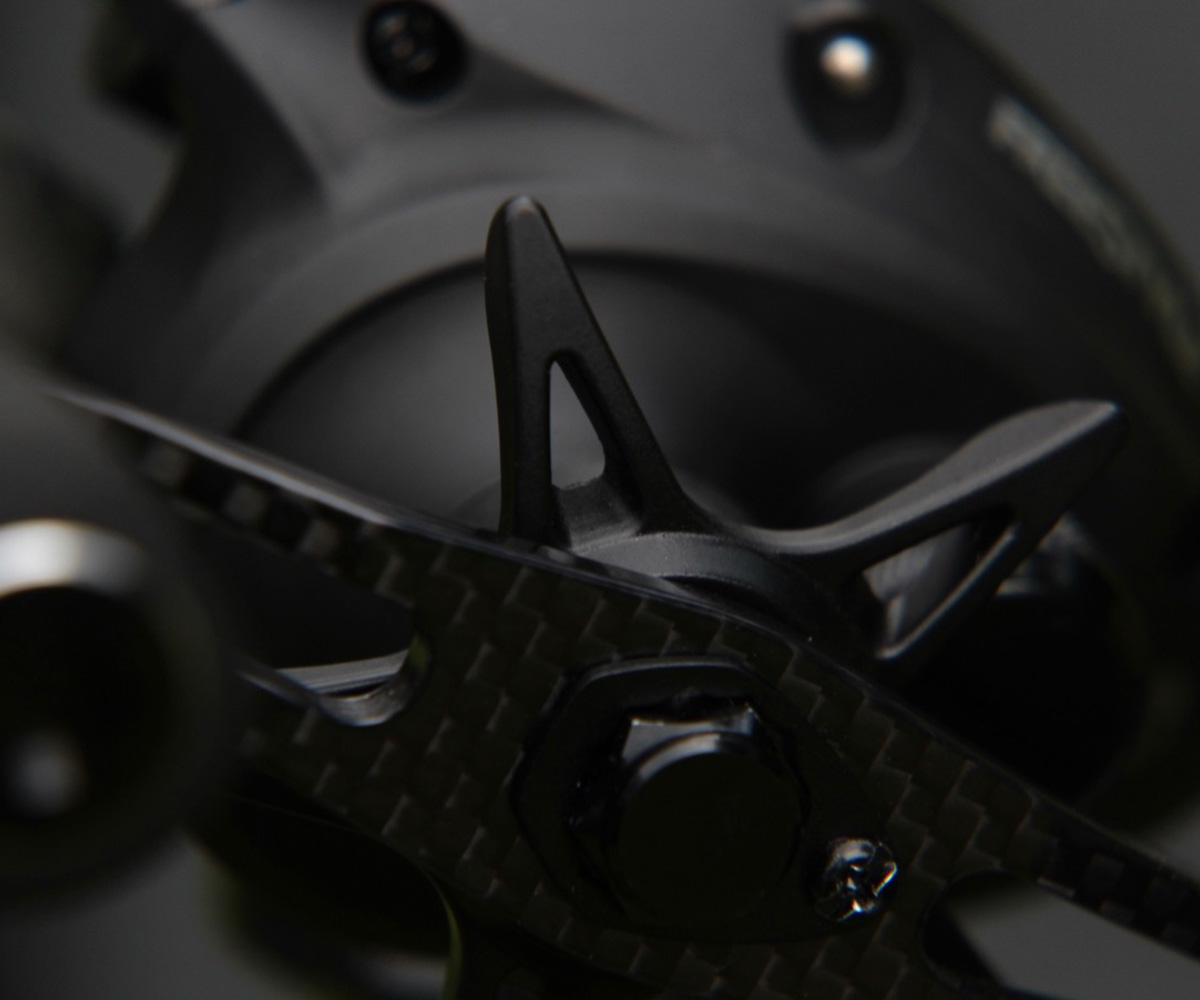 Next, there is the spool brake. On the Spro FSi BC it is located directly next to the star brake. When this is closed, the spool has little room to wobble, but as it is opened, the looser the spool is and the faster it can turn and release line. 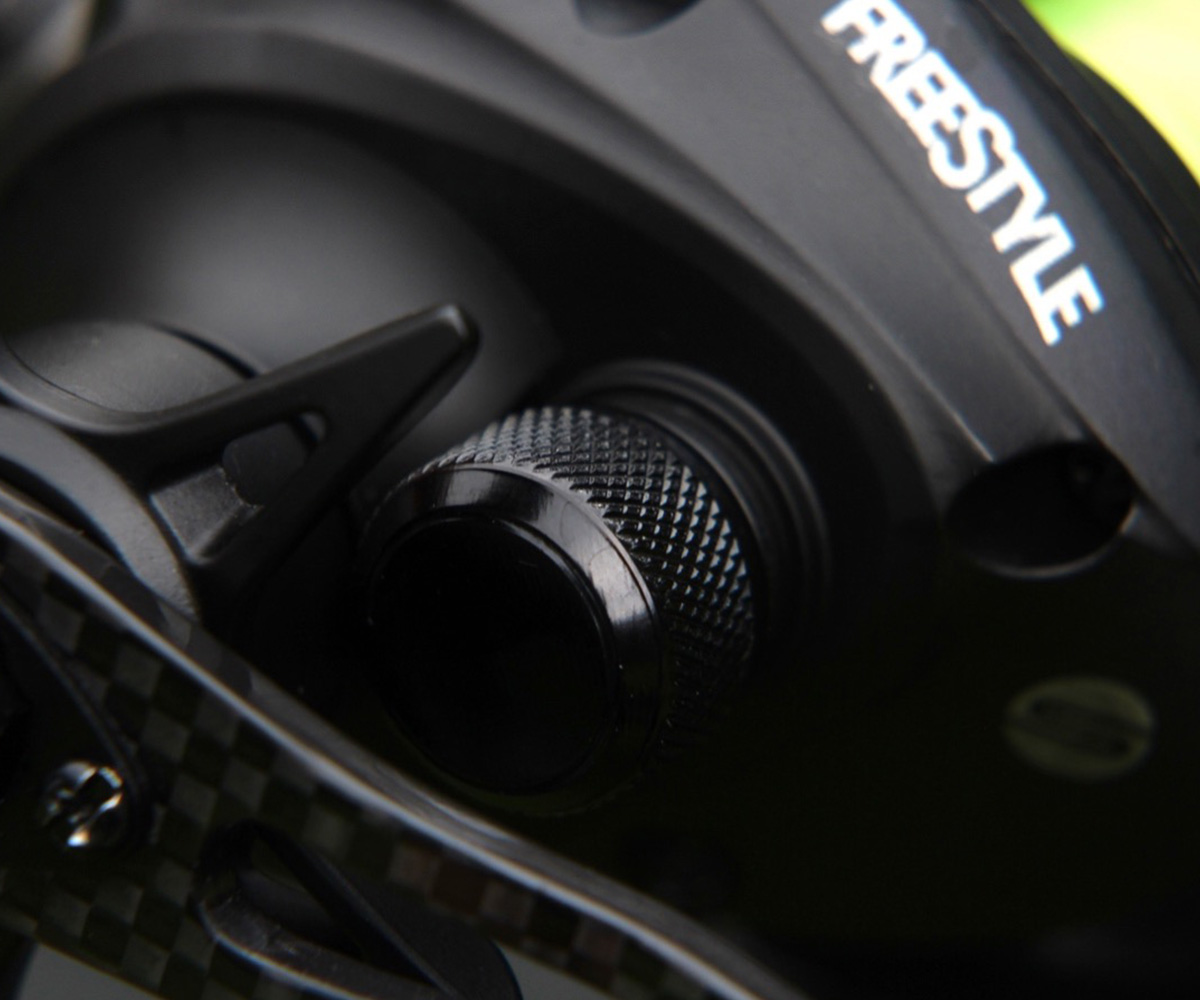 The magnetic brake is on the other side of the star and spool brake. It is operated with a dial and determines how fast the spool is allowed to move so that too much line is not pulled from the spool during the cast and the spool overwinds causing a tangle. 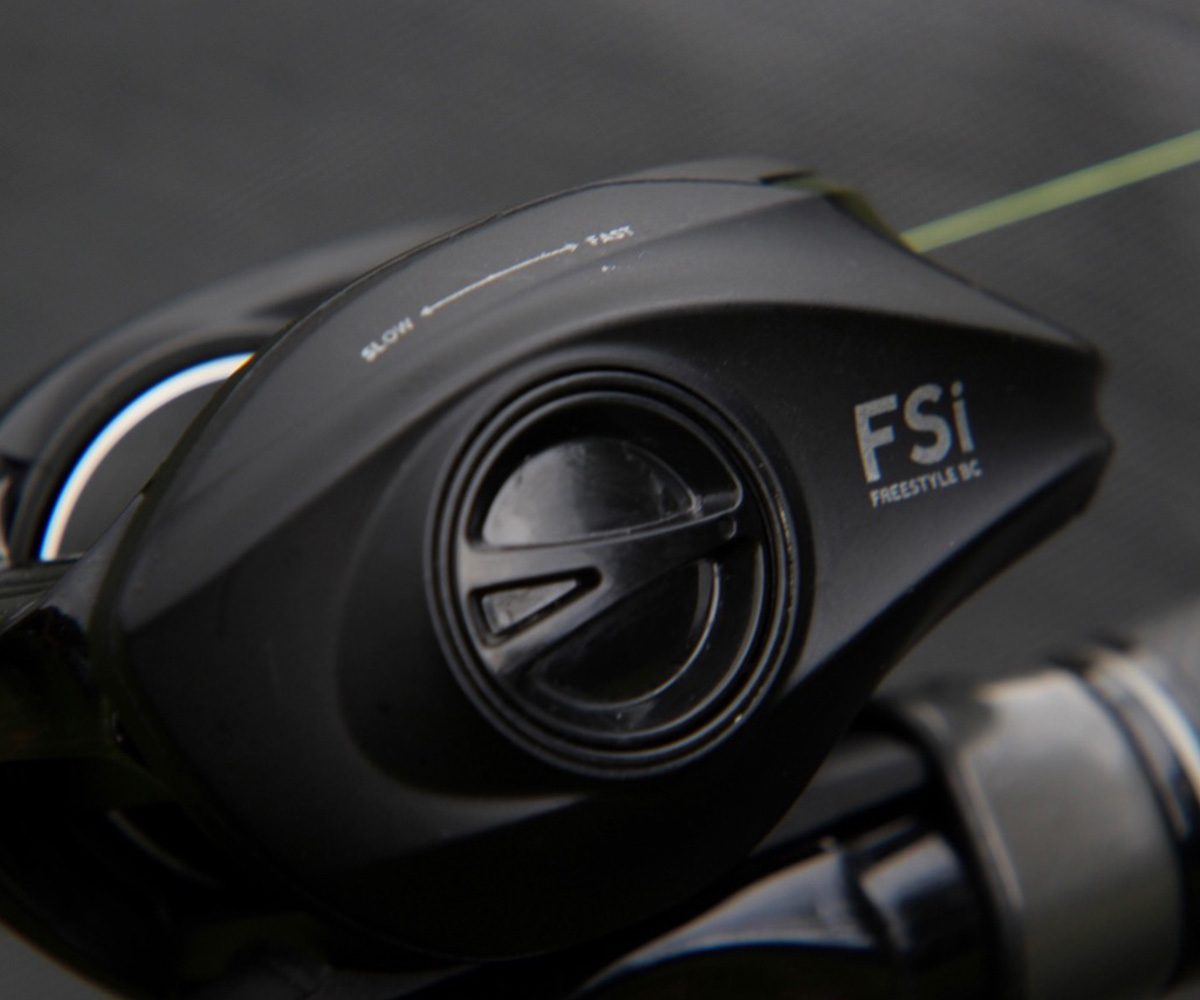 In addition, the Baitcaster has a line feed, which has the function of winding the line evenly onto the spool. 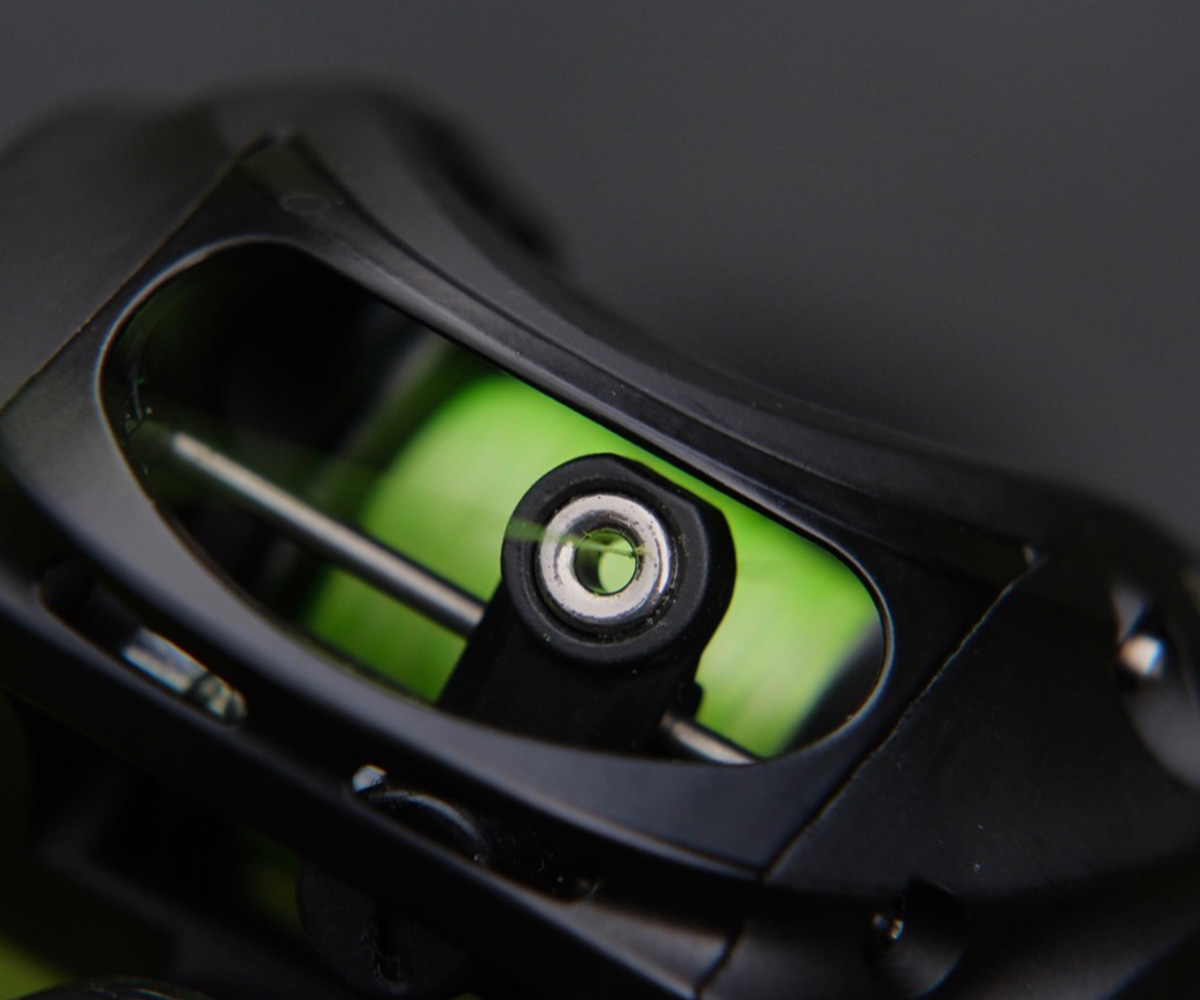 In addition to the line feed there is a freewheel button. When this is pressed, it is comparable to opening the bail of a stationary reel. 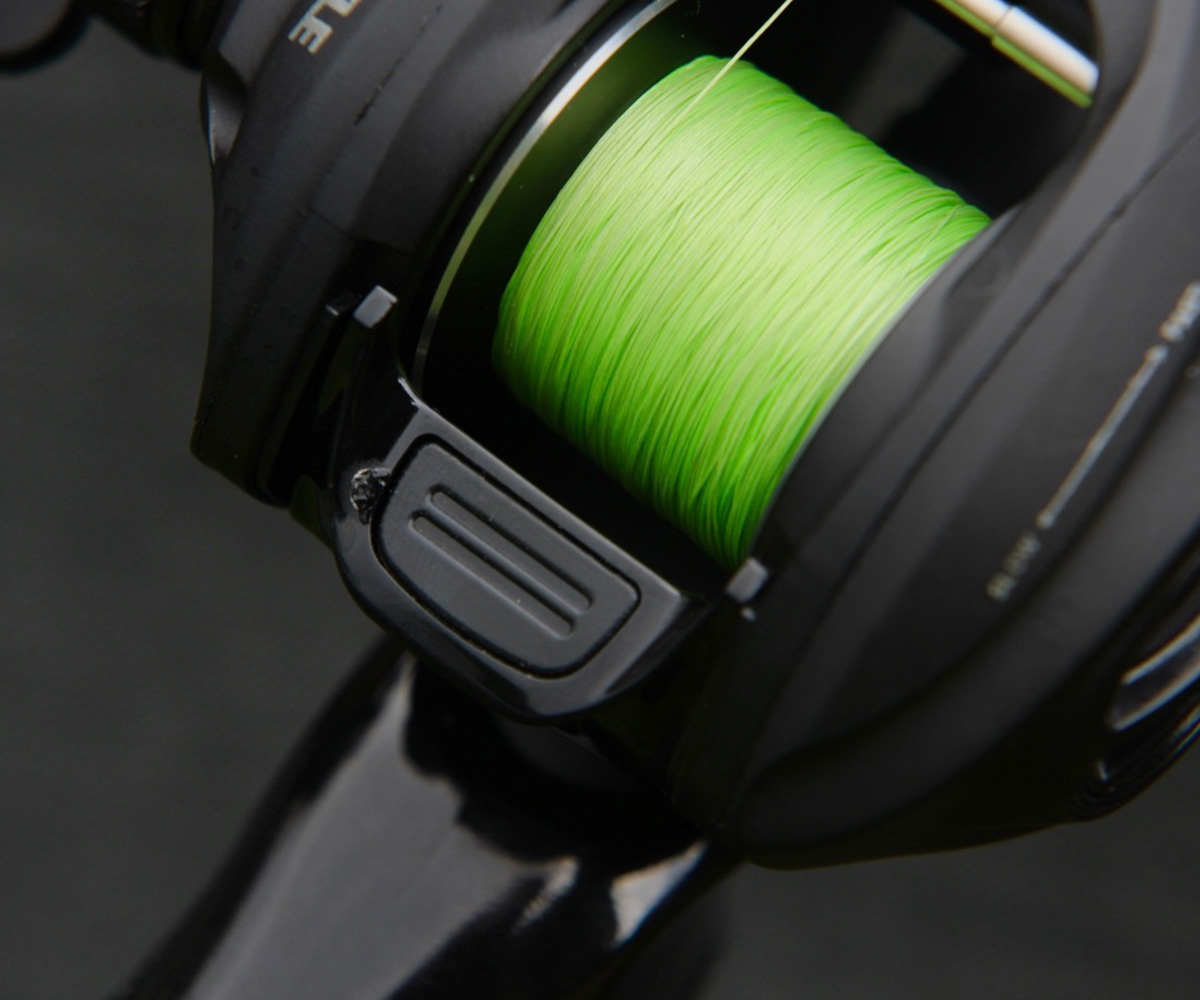 An important brake that is not built into any Baitcaster is our thumb. It supports the other brakes and always remains within reach on the spool. For example, if a fish swims very fast towards an obstacle in the drill, you can stop the line with the thumb and don’t have to switch the star brake immediately.

For the first cast I recommend setting the magnetic brake firstly exactly in the middle, because especially in the beginning the spool speed should take place via the spool brake. Now the spool brake should be completely closed, and the free-wheel button pressed. Depending on the weight of the lure, no line should run off the spool or at the least very slowly when held up. Then open the spool brake slightly so that the lure falls to the surface at a moderate pace and “stands still” in the water and the spool does not turn any further. This procedure should always be carried out when changing lures, especially in the beginning, to get a better feel for the Baitcaster.  The better you get on with the Baitcaster, the wider the spool brake can be opened. This makes the bait drop faster when held still and consequently fly further on the cast. However, the risk of a tangle increases.

With the stationary reel you can also cast the lure well when the rod is not fully loaded. In other words, you can pull the rod slowly backwards, pause for a moment and only then make the forward movement of the cast. With the Baitcaster, however, the rod should be charged, so it is advisable to make a quick backward movement and without a pause make the forward movement of the cast. Simply put, the cast should be fluid and as jerk-free as possible so that the line is pulled off evenly and fewer tangles are created. Then, when the lure is just about to hit the surface of the water, our thumb comes into play. It has to brake the spool and prevent it from overwinding. 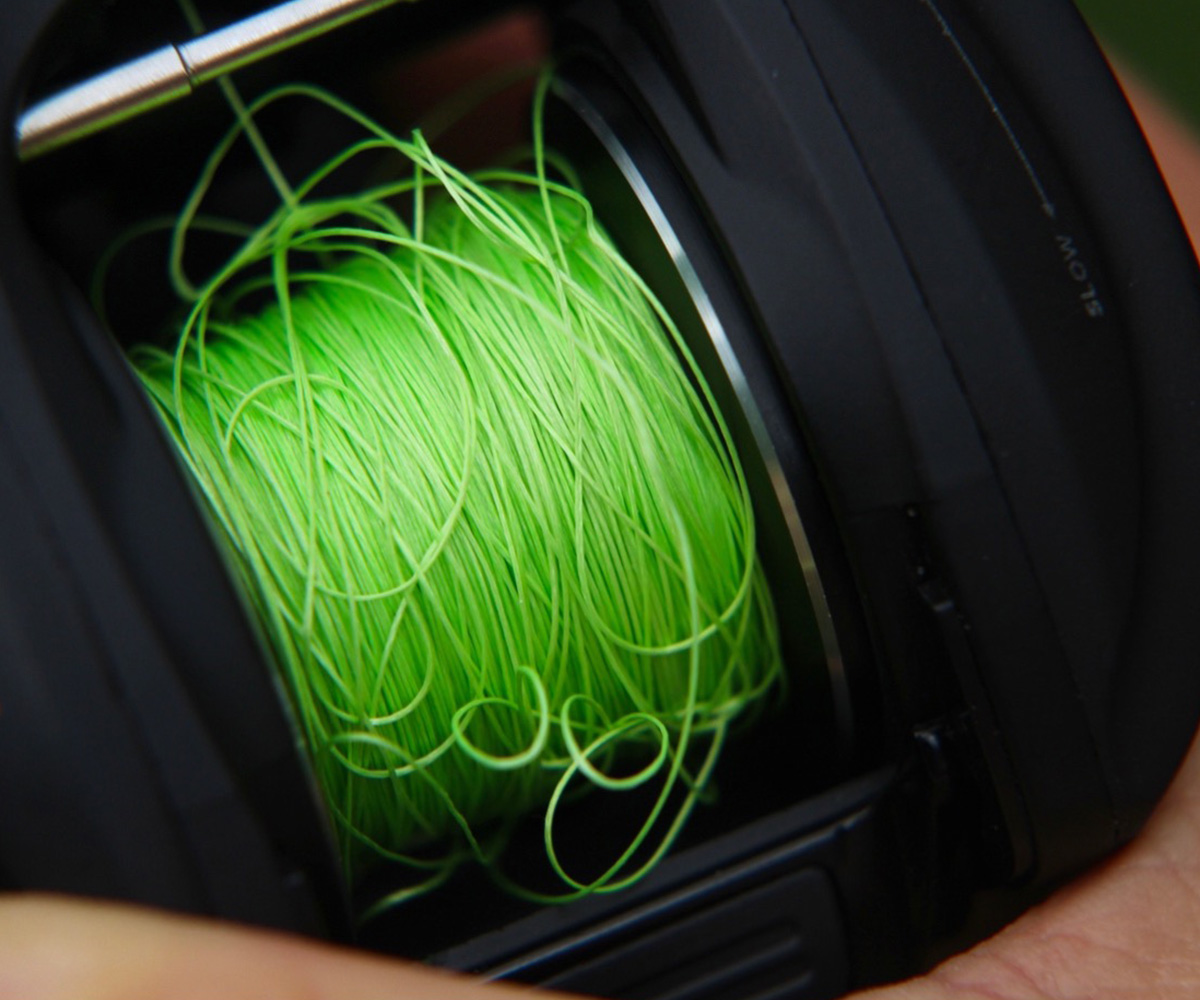 Now, to the advantages of a Baitcaster. The first thing to mention is the stability. The line does not have to be diverted via the bail, which is a weak point of the stationary reel, but goes directly from the spool. This has the advantage that especially search baits, which cause a big pressure wave, do not break the bail in the long run and so the reel remains functional longer. 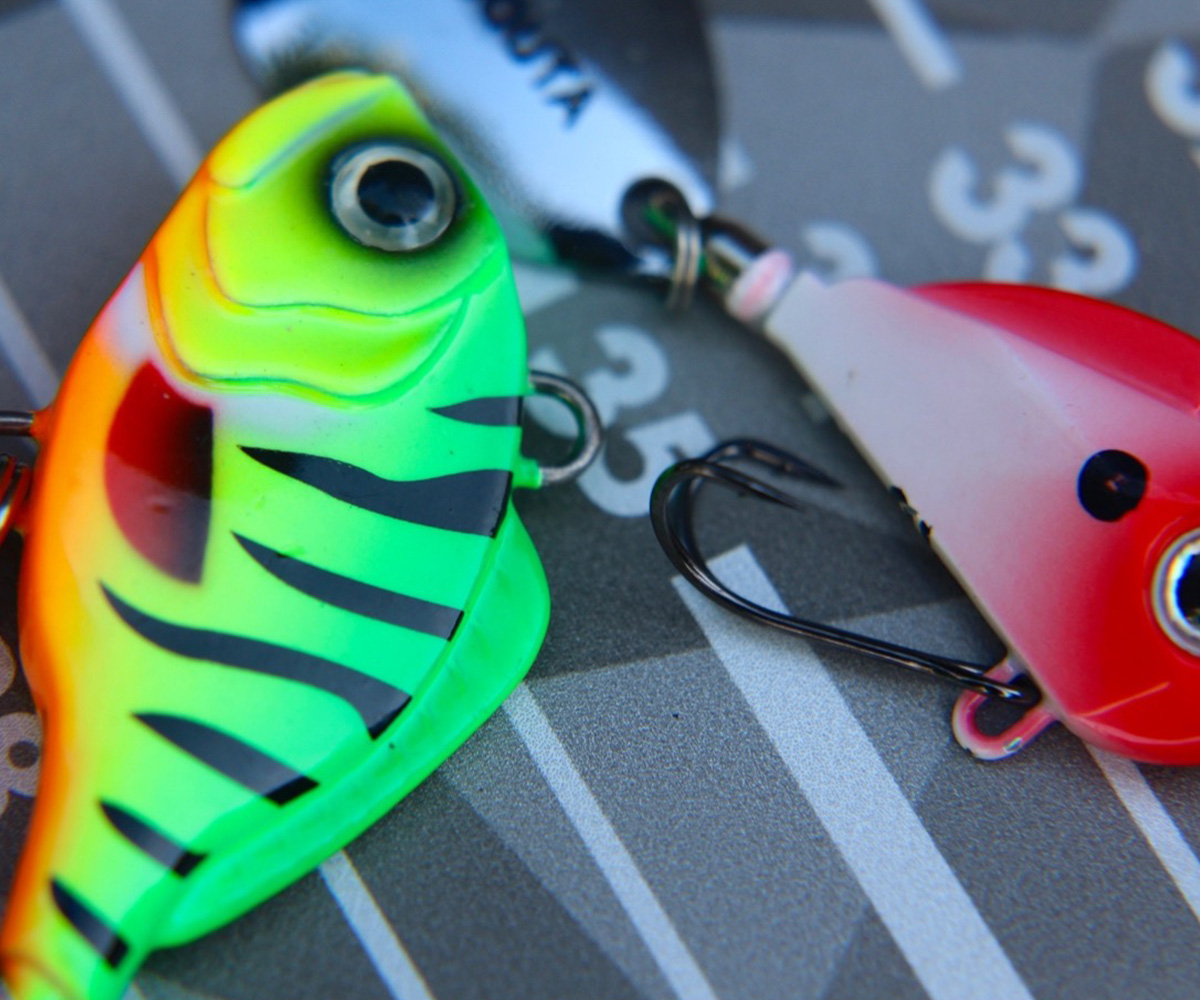 It is hard to imagine big bait fishing without the Baitcaster. If you have to cast a 100 gram lure with the stationary reel all day, sooner or later the skin roughens up or the line even cuts into the skin. This is due to the fact that a finger has to hold the line on stationary reels until the moment when the line is to be released. At this moment, the wet line slips over the finger and, if the weight is heavy, this can become painful in the long run. With the Baitcaster, the thumb is placed on the spool and the release button is pressed at the same time. During the cast, no line slips over the finger, which could cause injury.

In the advanced range, the Baitcaster has the advantage that the casting distance can be determined almost exactly by centimetres by slowing down with the thumb. This is particularly important in overgrown waters and waters with many obstacles.

Also, with the Baitcaster you can make significantly more casts in the same amount of time and if you have big hands you can operate the reel with one hand.

Just give it a try and once you have made your first casts, I am sure you will have a lot of fun on the water with the Baitcaster.

Good luck on the bank!