By sprofreestyleSeptember 25, 2018General
No Comments

The high north Atlantic, screeching gulls, big cod and heavy equipment. An environment I didn’t have that in mind when I first tried on the Freestyle Storm Shield jacket, rather the typical Hamburg drizzle. If anyone has ever fished so far north, they would know it regularly gets uncomfortable on the water. As the European summer is not the ideal time and place to test a rain jacket extensively, I took it with me on the big journey and this time I really could test it to its limits. What that looked like, you can read in this article.

In the beginning of August I travelled to Fosen in Central Norway to target huge cod, coalfish and, with a bit of luck, the king of the Northern Sea, a halibut. In my luggage I packed my usual strong pike tackle made up of big baits, the Baitshaft with the Salty Jerk and additionally a few Pilk’X pilkers. The first days began with several smaller cod, caught on the Pilk’X in the color Pollack in 120g. However, the sizes we were aiming for and Norway is known for were not appearing, we were told this was because of the wind. When the weather map finally promised relief, the next damper came. Over the next few days we would be met with torrential rain. The wind dropped which allowed us to venture out into the Atlantic, the rain jackets were packed in preparation. Directly on the first underwater mountain, which increased from 120m to 50m, the echo sounder promised screaming brakes and crooked rods. From the top of the mountain to 20m, the Pollack were stacked and prevented us from accessing the cod under the swarm.

Then came the rain. Grey clouds moved over the mountains and soon the question went through my head, in reality, how strong is the Freestyle Storm Shield jacket? Retreating from the storm to the warm sofa was not an option. The Pollack were there in force but somehow there had to be a way to get to the cod. The next drift started, this time a little further in front of the swarm and for the first time I could reach the bottom. With light leaps, I plucked the Pilk’X under the swarm. A jerk in the tail and already the Baitshaft bent in a way that it had never bent before! Strong head-thrusts and runs followed and in the end the target fish landed in the boat. A large cod as I had previously seen only in pictures and I hoped it would not be the last. 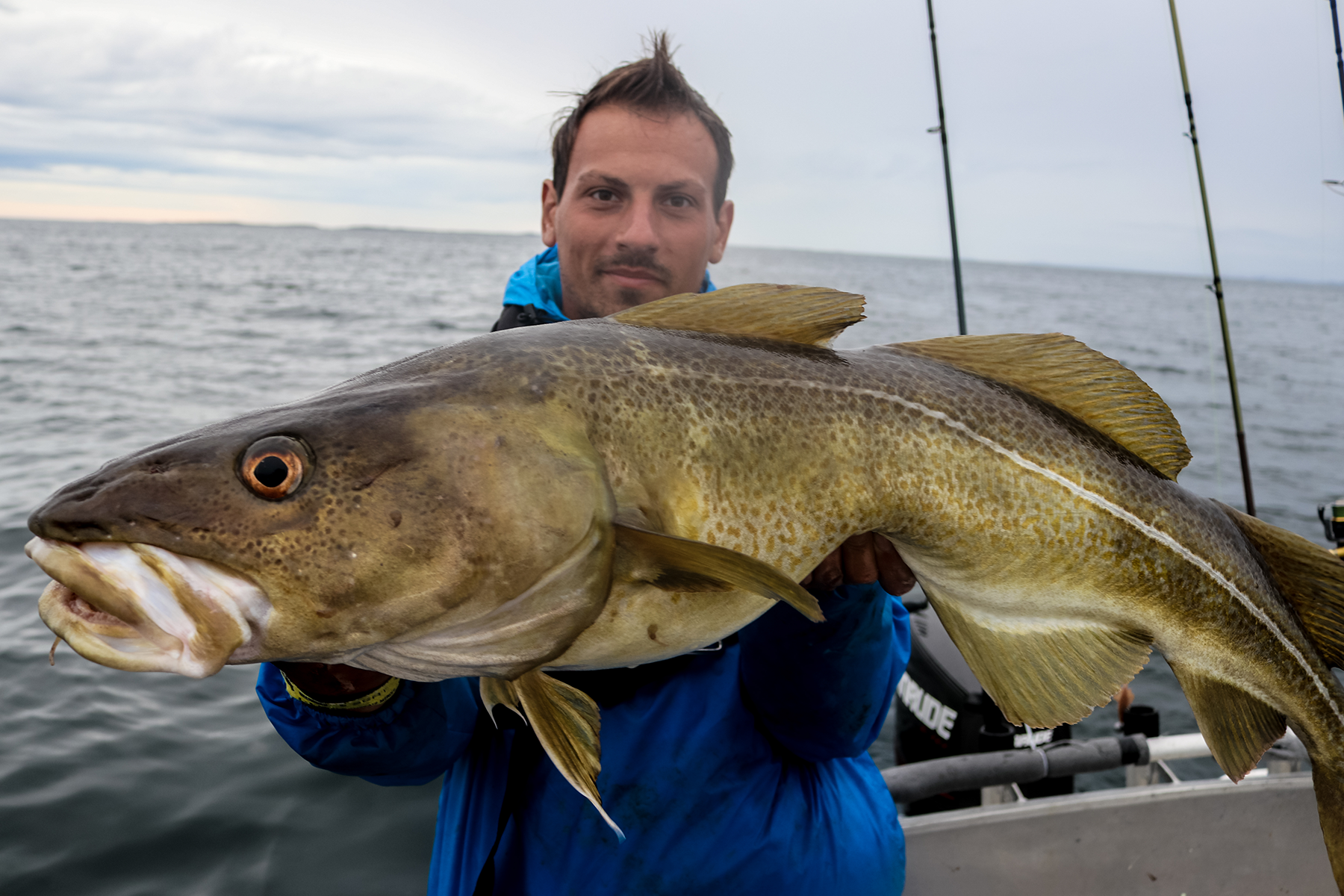 Without a reliable rain jacket, I would not have lasted so long on the plateau and would not have found the way to success so early. When fishing, there is nothing worse than being soaked and freezing. The concentration decreases and the time becomes shorter. In the end, that could mean just one fish less or one missed bite, and a jacket that holds wind and rain in Norway certainly has no problems in the city.

This website uses cookies to improve your experience while you navigate through the website. Out of these, the cookies that are categorized as necessary are stored on your browser as they are essential for the working of basic functionalities of the website. We also use third-party cookies that help us analyze and understand how you use this website. These cookies will be stored in your browser only with your consent. You also have the option to opt-out of these cookies. But opting out of some of these cookies may affect your browsing experience.
Necessary Cookies Always Enabled
Necessary cookies are absolutely essential for the website to function properly. These cookies ensure basic functionalities and security features of the website, anonymously.
Functional Cookies
Functional cookies help to perform certain functionalities like sharing the content of the website on social media platforms, collect feedbacks, and other third-party features.
Analytics Cookies
Analytical cookies are used to understand how visitors interact with the website. These cookies help provide information on metrics the number of visitors, bounce rate, traffic source, etc.
Marketing Cookies
These cookies may be set by us and our advertising partners through our website or when you share content on social media. They are used to show you personalized content and ads that are relevant to you, i.e. tailored to your interests, on other websites you visit and on social media. If you do not accept these cookies, you are likely to be shown the same amount of ads when you visit other websites and social media, but they will be less relevant to you.
SAVE & ACCEPT

Be the first to hear about new events, competitions and products at Freestyle.